Many Hands, One Goal at ReStore 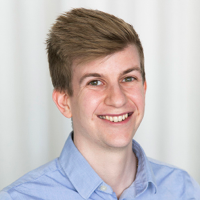 Ask a regular volunteer at Twin Cities Habitat for Humanity ReStores what volunteering is like, and at some point they’ll probably tell you it’s like being part of a big family with a common mission. Everyone has a different role to play—whether that’s organizing volunteers, pricing merchandise, or making sure everything looks good on the floor. And every seemingly little action adds up in a big way: in the last year, revenue from the ReStores helped sponsor the building of six Habitat homes. 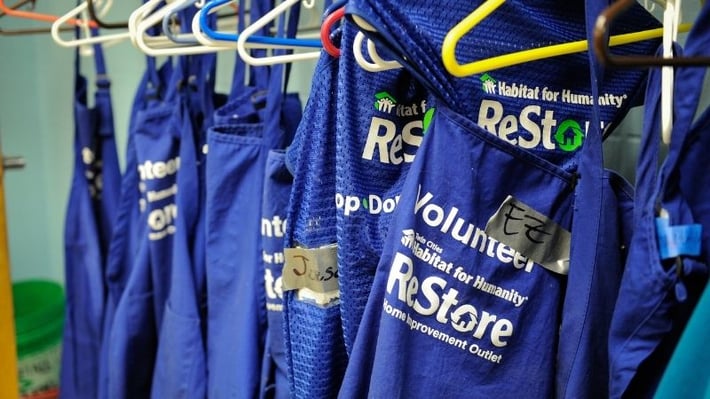 That’s what motivates Dan Parker, a regular volunteer at the New Brighton ReStore, to keep coming back three days a week. He retired several years ago, and after a decades-long career – much of it in retail – he knew he wanted to do something to give back. He explored options with friends who worked with nonprofits or public service organizations, but nothing clicked—until a friend mentioned the ReStore. He knew building homes wasn’t in his wheelhouse, but the ReStore aligned well with his experiences.

“I joke that I started stocking shelves 60 years ago, and now here I am stocking shelves again,” Dan says, laughing. He’ll find himself next to a high school student who’s lifting a couch or cabinet, and joke that back in the day, he would’ve been the one lifting.

Dan’s role is to help with merchandising—he takes newly priced items and brings them out onto the floor, making sure it’s presented well. Every day, he’s surprised about something he sees.

“One time we had an antique sledgehammer; it was rusted, looked broken, and I thought there was no way we would be able to sell it. But I didn’t even get it out on the floor—someone came by and took it out of my cart before I could set it out!”

Before a donation gets into Dan’s cart to be brought out, a volunteer like Doug Steele assigns a price to it. Doug’s experiences also help in his role—he loves hardware, and after retiring he took a job in a hardware store for a year, so he’s typically able to figure out what something might cost and give a reduced rate. Doug’s been volunteering with Twin Cities Habitat for many years, both on site and in the panel plant, and now enjoys the ReStore. 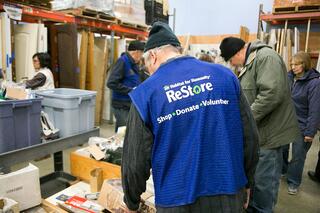 Dan and Doug only know each other through volunteering, but they both agree that the ReStore feels like a big family. And they have nothing but good things to say about the team.

“This is an extraordinarily talented group running this store,” Dan says. Having managed retails stores himself, he knows when it’s a smooth operation. “Here, you’re at the mercy of donations, so you need to constantly adjust. These guys know how to manage it well.”

Dan also marvels at the staff’s ease in providing a quality volunteer experience to everyone. He remembers a group of about 16 tenth-graders from northern Minnesota volunteering for an entire day. In no time, Alicia Weagal had them started on fun jobs, and all of them had a ball—tearing down kitchens, sorting out trim, moving donations around, etc.

Both Dan and Doug stress how deeply Habitat’s mission permeates everything that goes on at the ReStore.

“The staff is committed to the mission, all the way from the top on down,” Doug says. “They put the words of the mission into action, and communicate that to everyone else in the store.” Dan agrees.

Twin Cities Habitat ReStore is a community of volunteers from all walks of life that come together and make a family. Our regular volunteers like Dan and Doug help our ReStore run smoothly throughout the week. Some of our volunteers are able to come in for 3-4 hours a week and some are able to come in 3-4 days per week, with lots of variety in between.  Tuesdays we spend a lot of time stocking small merchandise and straightening the store out from the weekend, Wednesdays we lift the big and heavy things, Thursdays are days to finish small projects, Fridays are full of conversation, and Saturdays are just plain crazy busy. Each of those days is my favorite day because I have my ReStore Regulars that I can count on to make it a great day.