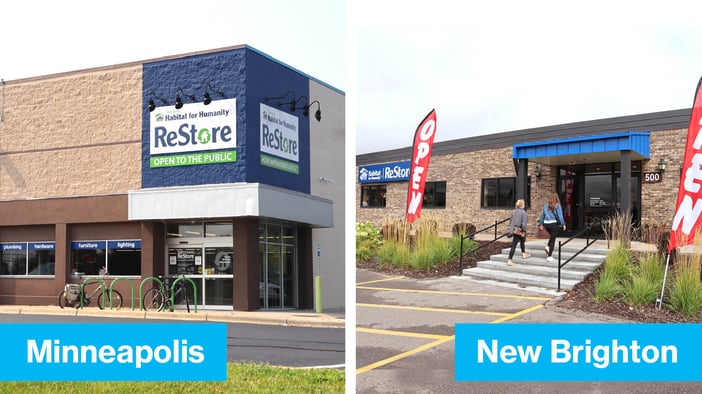 The ReStore is a home improvement outlet open to the public. Shop for quality donated home furnishings, furniture, and building supplies at a fraction of the original cost.

Your purchase has purpose! This year, proceeds from the ReStore will sponsor the construction of FIVE homes for Twin Cities families.

Families are the foundations of what makes us thrive. There is no better testament to the importance of our work than the stories of the families whose lives have been changed by owning an affordable home. We invite you to meet a couple of our partner families.

Deborah has fond memories of her childhood. Her mom was a natural host, and her home was always filled with people. Friends, family, neighbors—anyone and everyone was welcome at Deborah’s mom’s place. Now, Deborah’s Habitat home is the place to be.

“It’s a wanted house. Everybody that comes here feels loved and wanted and appreciated," she says. “I’m just like my mom. That’s just how I am. My grandkids will have their friends over here. It’s like an open house—open arms.”

With Deborah's new great-grandbaby, that's five generations of her family that have been impacted by her Habitat home. And now that her home is fully paid off, she's investing in keeping it up-to-date and maintained well so one day she can pass it on to the next generation. 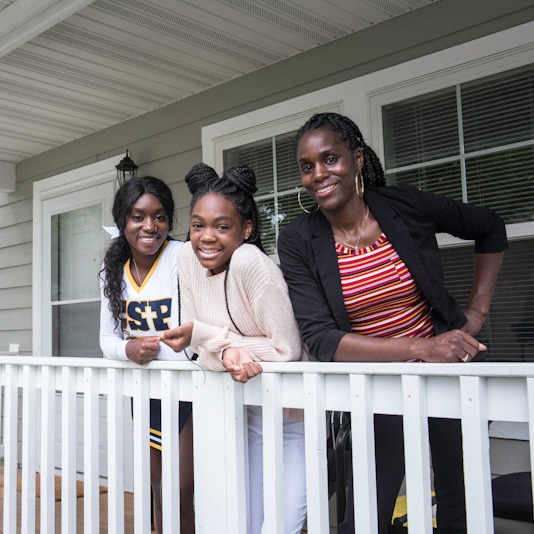 The seed for homeownership was planted early for LeAndra. Her grandma bought a home in St. Paul after moving from Selma, Alabama. It quickly became the family's home base. When LeAndra's grandma passed away, the family lost their home and their anchor was uprooted.

But LeAndra longed to plant those roots again. “I always knew that I wanted to own a home,” she says. “But how I was going to own a home—I really didn’t have that figured out yet." After hearing about Habitat, she decided to inquire about Habitat’s programs. Before she knew it, her application was accepted.

LeAndra started financial coaching, attended homeownership classes, and volunteered on her own home and others. When LeAndra received her keys, everything leading up to that moment was with her. The pain of losing her grandma’s home. The hard work of building a better life for her daughters. All in that key. Already, she’s growing roots deep in the community. Roots which will blossom in ways we can’t yet see. “It’s a wanted house. Everybody that comes here feels loved and wanted and appreciated. My grandkids will have their friends over here. It’s like an open house—open arms.”
— Deborah

“My biggest dream in purchasing a home was to be able to bring my mother home. You know moms—they sacrifice. They do so much for their children. I want my mom to be comfortable, and I want to nurture and care for her the way she did for me.”
— LeAndra