People that work for Twin Cities Habitat for Humanity are passionate about the values and mission of Habitat, as well as the care and respect that the organization has for its employees, volunteers, and clients. With excellent benefits, competitive salaries, and amazing colleagues, Twin Cities Habitat strives to set up every employee for success. This has been Diane Rae’s experience working for Twin Cities ReStore Home Improvement Outlets in New Brighton. She, has found joy, passion, and even open doors to homeownership during her time on the Habitat team. 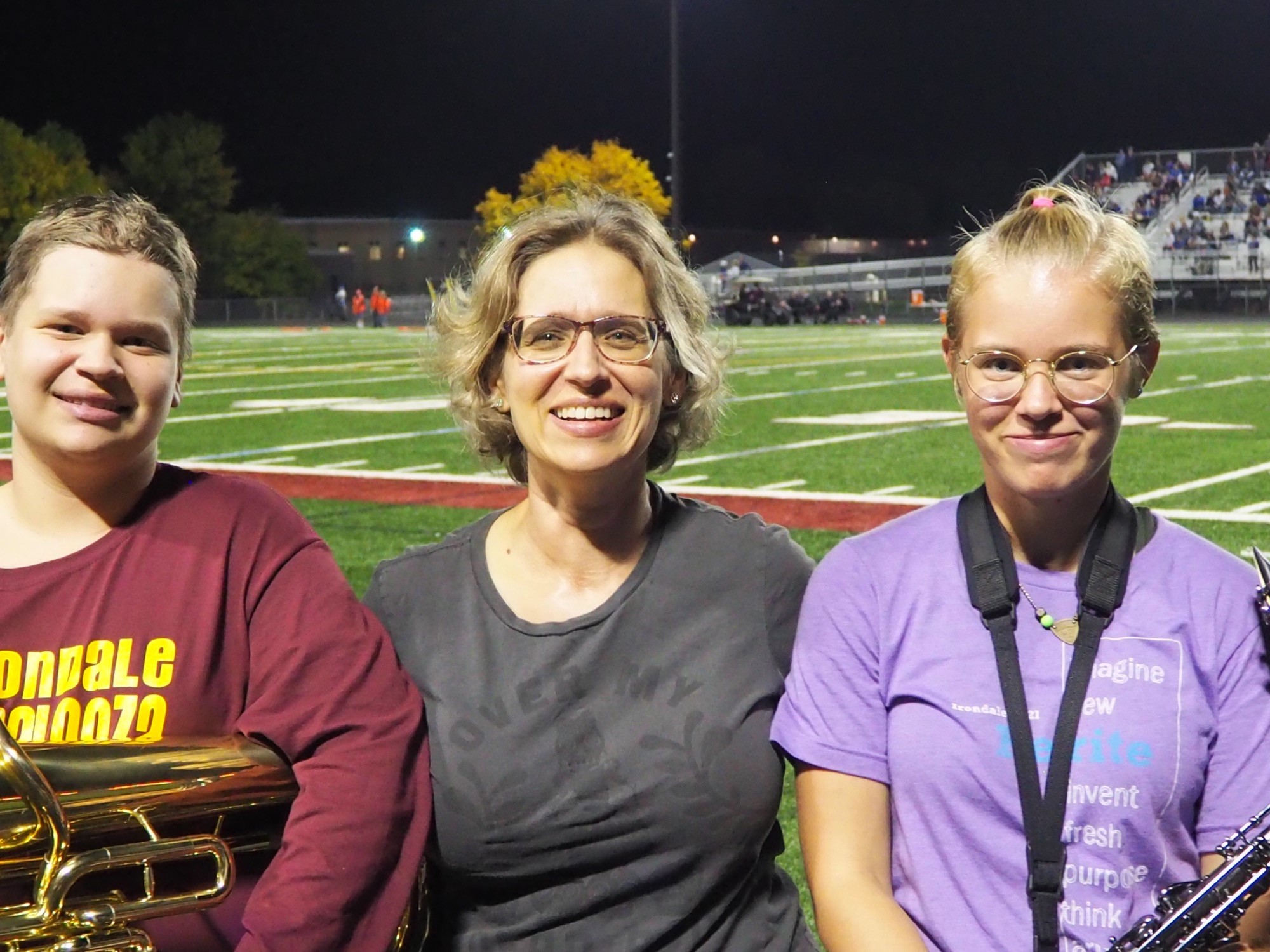 Diane (center) with her kids Taylor and Elliot in October 2021.

Diane began her connection to Twin Cities Habitat for Humanity over a decade ago. Before her children came along, she worked in journalism for news outlets and marketing departments of various organizations. But then she decided to become a stay-at-home mother and dedicated her time to her church and other organizations that focused on community building.

One such group Diane was drawn to was a coalition of churches called the “Holy Hammers” which would send volunteers and financial support to Habitat each summer. She began serving lunches on site for volunteers, organized by the late Jan Pederson. So early on she learned that “you don't have to swing a hammer to be a Habitat volunteer.” This began Diane’s journey with Habitat for Humanity.

Diane carries a personal mission of finding purposeful work to bring about real sustainable change to her family and community. As her children reached middle school, Diane looked to re-enter the workforce after having been a stay-at-home parent. She had been a member of the YMCA and was serving on their advisory board.

Much like Habitat, the YMCA has a sizable social outreach, from school-age child care to programs for young adults facing housing instability. Thus, teaching fitness classes became a way to support their larger goals. However, as Diane admits, “no one can teach group exercise for 40 hours a week,” so after four years at the Y, she looked for full-time employment close to her New Brighton home. To her surprise she found that Habitat for Humanity was hiring at their ReStore in New Brighton. Already a ReStore customer, she jumped at the chance to keep working with a purpose. She joined the team in 2019.

Diane loves that the job provides so much diversity of activity. She says, “no two days are the same… you could be taking donations at the loading dock, or helping volunteers in the store, or working at the cash register interacting face to face with customers.” Every job has a meaningful aspect to it at ReStore.

A welcome surprise to working for Habitat came on the day of the 2019 staff holiday party. It was a Saturday afternoon and the party had ended early. On her way home from Habitat's St. Paul headquarters, Diane decided to stop in at her mortgage company and ask what requirements she would need to meet in order to obtain a mortgage on her own.

Diane started the meeting with the bank’s mortgage lenders by presenting her family’s dream of owning a home. Somewhere more permanent and home-like than the townhouse they were living in at the time. She understood that she had only just begun working full-time with the Habitat ReStore and that for many banks this would disqualify someone immediately from a mortgage loan.

To her great surprise, they decided to give her the loan because of her consistency and dedication at the YMCA and because of her new full-time employment. She got her townhouse ready to sell (with plenty of supplies purchased at ReStore) and closed on her single-family home in October of 2020.

Diane believes in Habitat because she wants other people to feel and experience the joy of owning their own home. She emphasized, “my background put me on a better footing,” meaning she knew this privilege was not a reality for many simply because of differences in skin color or zip code.

“My parents owned their home. Their parents owned their home,” says Diane. She points out that redlining and a history of racial discrimination is the reason why many could never share her experiences. Though this is the grim reality, Habitat for Humanity along with so many other organizations are working to right the wrongs of racial discrimination, so that every family can experience the grace and trust that Diane was shown when she was approved for a mortgage.

Diane says she owes a lot to Twin Cities Habitat. Her employment helped her qualify for a mortgage loan, but ReStore also provided the perfect opportunity to get furnishings and other household remodeling appliances for her home. And she has found purpose and fulfillment in her work at Habitat's ReStore. Diane says that the work at ReStore simply “serves as an arm to do the work of the larger mission,” and that her colleagues strive to keep the mission at the forefront of every interaction and daily task.

Every day, ReStore employees walk the balance of being a store that serves the public as an affordable, ethical home goods store, and as a revenue source for the larger mission: “to create, preserve, and promote affordable homeownership and advance racial equity in housing.”